“ In today’s running world, many a times, the delay in reaching to the information by a fraction of minutes could cause you loose the gears. After Bing and Google both partnered with Twitter and Facebook, the world was waiting for the concept of real time search to appear in ‘real’ and here Google finally joining the race again (with in-depth preparations), by moving into real time search while Bing was already started with it by Twitter Searches since July 01, 2009. ”

As the phenomenon of Twitter risen up, it given strength to concept of real time information search. In early days, any news before getting pitched up in print or television media was hitting the web first via blogs with sometimes more details than other media, but even then there was a delay of hours/ days in getting the information live. Now, the birth of Twitter changed the scenario and now days, whatever happens around the globe, first hits Twitter, Facebook and Orkut updates first then anything else and people were looking for information there than any of news results or blogs.

The real time information search for headlines is moving towards Twitter, Facebook and Orkut updates now days and it’s been inviting the searching giant to move into the race sooner or later. Microsoft became the first to hit the chord by Partnering with Twitter and Facebook by Oct 22, 2009, while Google announced on Dec 07, 2009 its collaboration with Facebook, MySpace, FriendFeed, Jaiku, Identi.ca and most importantly with Twitter.

So, you might be getting the idea that what the real time search is; its the concept of searching for and finding information online as it is produced or in other words it’s the advancements in web search technology coupled with growing use of social media enabled online activities to be queried as they occur.

Let us know that how to use it:

For reaching to Google’s Real Time Search, You have to go to normal Google Search, after searching some query press Show Options button (its there at left top of the search results) and then press latest as shown in image given below. You could see results are coming up with time given next to them in seconds, minutes. 🙂 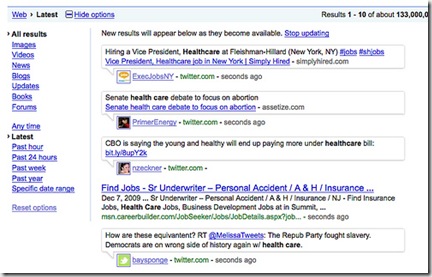 Note that as per Google’s usual practice in past, this feature is release as a beta feature only and suggestions are always invited to make more improvements in it.

For search through Bing, you need to go on http://www.bing.com/twitter and then you could make your search within Twitter, while I am not able to figure out yet that how its working with Facebook. 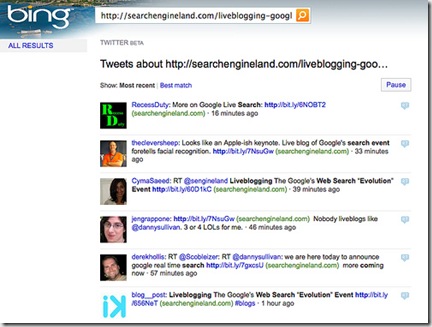 Now, there are reasons that why Google Real Time Search is better than Microsoft’s Bing (courtesy CRN) and even if its declared as war between the two, many of us already have declared Google a Winner.

“ Not only Google has a much better and proven search technology than Bing could have, but also Google has designed its search results more better in visuals than Bing and as a final reason, you can see that sure Microsoft hit the chord first by integrating with Facebook and Twitter, but it couldn’t match the breadth and depth Google’s real time search is going to provide by partnering with wide and diverse range of Social Network Sites. ”

So, finally we sure has many reasons to look forward that how much more innovation is about to come from this rivalry between Microsoft and Google.

As technology and ajax changing most of the sites for better, after crossing the legendary 50 billion+ users mark, Business Social Networking Giant LinkedIn also made the same move as reflected through their blog post on Dec 09, 2009. Yes! LinkedIn’s new face got live from Dec 09, 2009 to make its appearance more smooth and more productive.

It seems that December is not the busy month for only Google, but LinkedIn been in news for keeping its growth rate at 5.68%, while the same is flattening now days with Facebook and Twitter, in fact, last billion took only 12 days to be added, which is sure to show that how its getting pace into organizations and businesses.

To keep up with the pace, LinkedIn also moved into some deals like integration with twitter and outlook, launching its developer platform and now this makeover. It may be that after logging into LinkedIn from December 09, many of the users wont be surprised as changes are already rolling out since Nov 06, 2009 with a portion of users, Dec 09, 2009 is special as from today, LinkedIn officially rolling the same interface for all the LinkedIn users.

For rest of the details for UI, you may check the official announcement, while I am putting some screenshots to give you a feel about the change (although you already might have got the taste since last few weeks, if been in those lucky users). 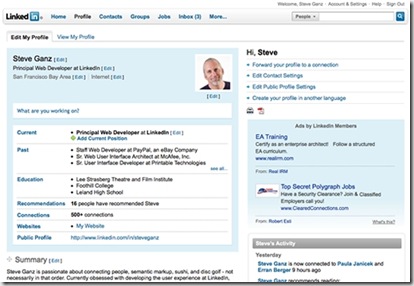 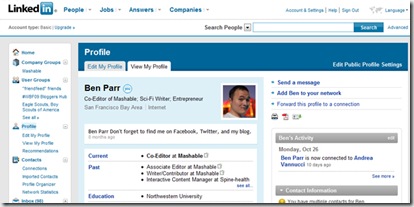 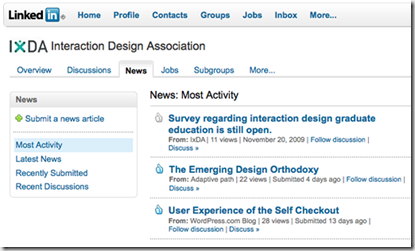 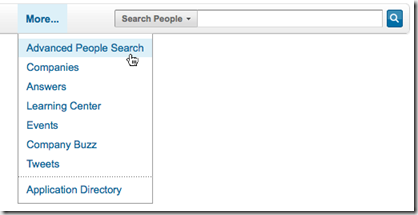