In recent months, I am writing more regularly than ever, but still behind the tech guy there is a non-tech emotional persona, who prefers to be silent. Don’t know why today he thought to come out of shelter?  Don’t know how much he can actually say? But here he is with this post, may be the pain could be some lessened.

Sometimes, simple questions of life become this much complex that you can’t answer them or wish that they were never questioned from you. Seems that someone running from answers, but…. answer was always the same, how many times the question was asked. Wasn’t I clear enough? Still it hurts … why .. you know or may be you know nothing.

You make a decision, about which you know that will cause you pain, know that its not what you wanted, but still you make. Why? Because the logic says, because you know that if you don’t take it this way, then would call for more pain later on. But still… how can you be so certain that you are doing right? Your understanding of logic will always be correct? What you will get next will not cause pain? You can actually never look back and think that you weren’t wrong.

But whose logic you are following? Are they hearing yours? Whom are you not hurting? whom are you pleasing? who  is satisfied? who is happy? Are you? Will you?

You are trying to live for others, but you are left alone thinking that do someone cares for you? Isn’t the life a business, where people leave you when you can’t fulfill their expectations? Parents, family, friends and even special ones, whom you find that you actually wants to live for? 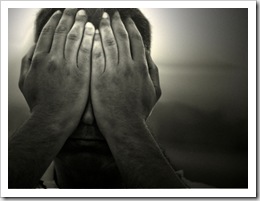 You walk on a path with someone, realizing sooner or later that it will be stuck before the end. You know it’ll hurt, it already is, you pull yourself in so many soft steps, but is that causes less pain? You become irritating for others and yourself cause you are running from life, counting seconds, mins, hours and days to end, thinking that time will pass, will heal, will settle things right …

You cant deny that you have to pass through. Really wanted to be with someone, but I know nothing matters already. I am left from both the sides and there was no side for me already.

I Googled with the same phrase and came up with nothing like I was searching for, so I am not sure that anyone else got the same experience like mine or may be, if someone got such an experience, didn’t noticed that much or posted somewhere. Here, I take the initiative, call it conspiracy theory or whatever that’s what I felt.

I wasn’t ready to go there at the first place due to rush in now days thanks to Navratri, but it was insisting of my friend, who almost bullied me for taking a visit to Kalkaji Mandir.

First about the visit itself

The visit was directed by Ovi Maps alone this time (No Google Maps like was in the last trip). I used my Nokia BH-212 Bluetooth headset hidden under helmet connected with Nokia N97 Mini for voice navigation of route. I paid once for not hearing the instructions and following my instincts and was to take a complete circle for coming at the same turn, where I ignored the directions by Ovi Navigation. One glitch I faced was a place, where it said that I have to take turn to right, while there was no right turn, but for rest of the part, it was excellent.

Now, the part I started to write about. Troubles due to “Special traffic arrangement of Delhi police inside the temple” a side, when I was coming out of parking lot (newly made for temporary reasons), then one reminded me that my bike got a puncture in back tyre. frustrated me wasn’t having enough option than walking on the road with bike to find if some auto mobile shop around.

Just after a few meters, in front of Punjab National Bank (Okhala Branch I guess), I find a boy sitting on bike on footpath with a signboard of Auto Mobile shop and few tires hanging upside. Stops me and ask about the puncture and offers to repair. Obviously, I was having no option but to stop. My friend with me taken it as blessing to get someone so near, while I was thinking that where he gone, why he was sitting there, when shop is so inside? How he will fill air in tube, where there is no machine around? Told my friend about my suspicion.

He comes after a few long mins, not less than 10 mins I guess without water tub to check and here my suspicion begins. He seems to be so ‘expert’ that first inspected the tyre from eyes to find any keels if there and found at exactly against where the valve was (only spot, you can be so certain about finding easily). He finds a keel there, removes that and then opens wheel for pulling the tube out.

Interestingly, no testing by water or by filling air into tube, he inspects the tube by his eyes in two three rounds of tube and finally declares that Sir!! the tube is gone, can’t be repaired. My conspiracy theory got a whole cycle completed, obviously, no profit in such a ploy, if you are getting only 20 bucks as puncture repairs. I looked at my friend with expression “thats what I was talking about” and asked him about the amount required for new tyres. He made it professional by saying that Sir, I don’t have tyre of this size, have to look from somewhere (Great!!! are bikes come in different sizes? Pulsor 150cc is like covering more than half of market). I thought whom are you fooling? Asked him to find. He said Rs. 180/- Do I had some option?

He repaired and took money from me meanwhile two other people stopped there; one with broken break wires & one with some other complaint. I left the place wondering if it was all ploy.

Thought to post, if someone else might have faced something like this at the same place, which I doubt that many are having regularly. All of this arrangement seemed suspicious in first sight.

Testing something is another thing and relying on them in unmanaged scenario as we are used to find in India is just another thing. Earlier I had used simple Nokia Maps to find the destination in one friend’s marriage and usually to know the distance left while travelling via public transport medium and also for using the badge on my blog via the link. This time thought to put it on a blind trial.

One of my friend was coming to New Delhi for an Interview with HDFC Bank. As she was unaware of Delhi locations, so it was up to me escort her. Address was something like HDFC Bank, Vertika Atrium, Sector 53, Gurgaon. I should admit, I am dumb about locations around in Delhi. Schedule goes monotonic in a way that I know about places like home and office only and even though now getting aware with new locations, still I find me dumber than others. So, the responsibility becomes tougher in my case.

It sound nerd, but I used Google Map to search for the location as Ovi Maps wasn’t able to come up with any result related to HDFC, Vertika Atrium. Even Google wasn’t able to find or I might not be using proper search terms, but I found Vertika Attrium for sure and that seems enough to reach there. I used the Get Directions link and taken print out of the route instructions by copy/ paste. I wish Google may place a print button or link for printing out the route instructions. Anyway…

Yes!! I missed a few turns and taken rounds of few places at moments, but that’s all due to misinterpretation of instructions not of fault of any of the two maps. Sure, it didn’t went blind as once or twice, I was to stop and ask people for confirmation that I am going right, but at the end, I was at exact place, I was to reach without many hassles.

Trip is completed but I am left with a few observations…

Ovi tells you that you have to move straight till 3 km, when you reached nearer, it tells that after 300 m, you have to take left turn or have keep left if the turn is slight or you have two options, one flyover and one the road side by. Moreover, even after wrong turns, it instantly recalculate now renewed route instructions.

Means in all, the perfect solution it is. I have been in touch of a GPS technology related project through  one of my friend Manoj Tripathi under Prof. Anupam and aware of challenges in programming aspects of such a system. Dealing with something like whole world data, is something like amazing, which makes Ovi Maps and Google Maps technology the best of the apps on your smartphones.

Even if not that detailed (don’t have maps of my hometown Azamgarh in details), Ovi Maps is still the best about Voice Guided navigation. Technology is not about labs and research papers only, its about making in reached directly into hands of mass and Nokia and Google doing this at their best. I owe you!!!!