Sometimes, we come across really great people just like what happened to me today. Just got a new TweetMeMe Live Writer Plugin for wordpress.com instantly made by Scott Lovegrove on my request today. I would also like to thank twitter and the great lady Mirella McCracken (for providing me early tips on TweetMeMe), which later on connected me to the great Scott. 🙂

My days with Live Writer and its Plugins

Since I started posting my blog posts through Windows Live Writer, I was searching for more and more plugins to make the life easier for me. Plugins really do much great work for people like me, who don’t want to mess with HTML formatting etc and just want to concentrate over content only. There are a quite a many Live Writer plugins on official site and it was easy to spot them on the first day once I started using Live Writer. Even mentioned a few, I liked and recommended that time.

Even then it’s been a limited experience about customizations and continued to be so as I am not a professional blogger and was using WordPress.com, which specifically don’t allow JavaScript etc neither its possible to install plugins directly on the site (Though plenty of Themes and settings that makes the WordPress still the best platform to blog with).

Windows Live Writer was a fresh air for me as it allowed me to do many new things, which were not possible earlier through web way or through Microsoft Word 2007 (which I was using earlier). It was not only generating simple yet efficient HTML codes, but also was free. Options to add as many plugins made it a killer for anything else.

Sometimes, if we don’t use, then we don’t come to know about strength of things. Many people were thinking Orkut and Facebook as waste of time and started loving once used. Same with Twitter. It has became the biggest phenomenon of century, but still I was away from the same as I didn’t thought about whole concept and took it as kind of status update service only. Yes!! it is, but its openness, reach and popularity makes it one of most effective tool on internet.

What is TweetMeMe and how the button look like on your blog?

TweetMeme is a service which aggregates all the popular links on Twitter to determine which links are popular. TweetMeme categorises these links into Categories, Subcategories and Channels, making it easy to filter out the noise to find what you’re interested in.

Twitter been a major source for spreading stories and so a very useful way for blogger for bringing traffic to their blogs. Not only bloggers but readers also get profited by simplicity of the process to spread the good words. The green button would look like something as given on the top of my post.

What’s the problem with Live Writer+Wordpress.com+TweetMeMe?
What is the first hand workaround?
Scott’s solution

There are quite a many plugins to share your post with public directories and social services and even many are available with your favourite browsers, but that’s about reader. Bloggers love the option to provide their readers simplest way (like a single click) to share the content. TweetMeMe Button seems to be very popular around the bloggers as we see many of the icons on all the blogs. The problem is with WordPress.com and its famous code of not allowing JavaScript etc for security reasons. Most of the TweetMeMe buttons available were with JavaScript or iFrame involvement, all stripped by WordPress.com even Scott’s earlier plugin (official one till now) too didn’t worked.

First hand workaround, I found from Mirella McCracken’s Blog. The solution was to add one line in the source of every post before posting and the magic line was

Ofcourse, need to change the yourtwittername with yours and also opening and ending brackets [].

I started using the same and at the same time tweetted that if someone has a working plugin? For my surprise, very soon, I got the reply from the man himself, the writer of the original TweetMeMe plugin from Windows Live Gallery; Scott Lovegrove. In few tweet conversations, he offered me that he could work out a plugin to support wordpress.com as well. I was overwhelmed for sure and was happy to hear if he can. Few mins more and he was right there with a new plugin (not available in Gallery yet) to function in exactly the same manner. Scott is great, Twitter is great, Live Writer is Great!!!!

Its as simple as other plugins, 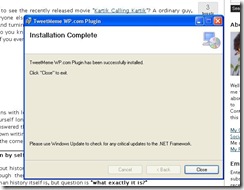 2. Configure the options in Live Writer

3. It will ask permission once

4. While typing the post, if you try to see preview, then you will get this as this works at publish time

5. After publishing, you gonna get a button like this at location you preferred. 🙂

I know many wanted this to work out of the box and here you go. Not sharing the MSI right now, as waiting for Scott himself to publish the same. Though anyone could contact him directly otherwise, he himself has promised to come up with a blog post and also to push this new one on Live gallery. Worth waiting.

Thanks Scott.. hope I will bug you again 😉

Scott has published the plugin on Live Gallery. Added one more. Find the two links given below

Link 2 (This one will not work with WordPress.com and is for follow me)

Sometimes, you cherish your decisions, you once made in blink of eye against the verdict of others. Buying Nokia N82 after loosing my Nokia N70 in a theft, was really that sort of decision, I never regretted later on.

Note: Please do not consider this as a review for Nokia N82 as I just thought to share what I think about my this lovely companion. After all, when I already had written about others like Nokia 5800, Nokia N900 and Nokia N97 mini, then why should I leave the one, I always loved most? A tribute to my journey with N82.

Bought two and half years back, somewhere in October 2007, Nokia N82 was not my instant choice, given lots of thoughts to it, due to its price tag and my lack of interest in Smart phone features then. I was already having a decent 4MP digital camera and used Nokia N70 before. Could say, even Nokia N70 was a new world to me and my fun with it was limited to FM and decent 2 MP camera only. Should say with N82, it was for the first time, when I went for buying some smart phone with a keen eye over features. 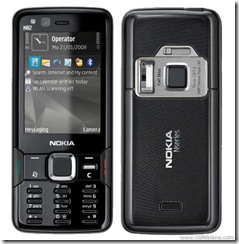 What was special with Nokia N82 and what was competition?

The other one in my mind was Nokia N73, in price range 13.5k I guess, providing decent photographs, 2GB memory and nice voice quality without headphone. Probably, these were the things an average consumer look for.

I was looking for something else. Something, which may sustain the requirements for longer run. Something which must be awesome on camera either it be video or stills , must be high on connection side 3G, Wifi, GPS etc., with longer battery life, music side must be core and still with an elegant business look.

Nokia N95 and Nokia N82 were close options to me, but the details favored the later released one more. Nokia N82 was more worth to price. Let’s see why?

So, that was easy to make the decision, even if price was high (even then were less than that of Nokia N95), but I was betting for future and it didn’t let me down till now.

How it still holds its relevance?

After two year later, now I understand that the decision for buying Nokia N82 was like hitting the jackpot unknowingly as it holds its relevance even now, even when we are talking about iOS, Android and Symbian^3, ^4. Going behind 3G and Xenon was a such great decision, which kept we N82 users proud till even now.

Though Nokia and most of the Smartphone users seems to be loving touch phones more and more, but for me, touch was meant to drain more battery for sure and for many a times, not that accurate as some keys might be. I was always a keyboard person rather than mouse one :P. So, in this way Nokia N82 was kind of flagship in non-touch phones from Nokia with legendary camera skills. You wont believe it but I have snapped more than 5000 pics through the same and even videos been of DVD quality. I always found myself in love with its camera, which still stands like God.

I have experienced 600 MHz processor with Nokia N900 and went through Nokia 5800, Nokia N97 Mini etc and really know how wonderful it would be being with some snapdragon 1 GHz processor, Still a Dual ARM 11 332 MHz processor with 3D Graphics HW Accelerator was ahead of league that time as rest came later on and even now, it fairs very well. Either it be GPS or be it support with apps like Fring, Nokia Image Exchange, Nokia Messaging and youtube, you never find yourself stuck with something, which is holding you back in advancing technology. It was a privilege to have a Nokia N82.

People may be lured by a similar looking recently released Nokia N79, which is available in 13k now days and offers same 5MP camera with slight better processor and 4GB card included in package. Lighter in weight and price, but people miss the fact that its a compromise version without Xenon Flash, without 3D accelerator Hardware and lesser memory support. The same reasons Nokia N82 faired much better than Nokia N95 in past. 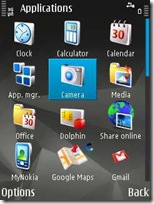 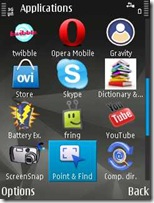 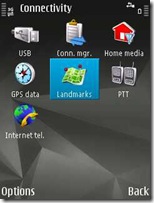 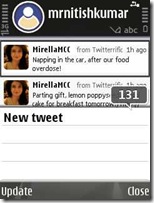 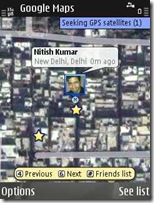 Whom I find beating Nokia N82?

For people preferring non-touch phones, I think Nokia N82 been a winner from a longer while and will be loveable till Nokia doesn’t come up with another 5MP Camera with Xenon again. Though I should say E72 seems to have shaken my thoughts. Internal memory, Processor, Connectivity, GPS and Battery life.. it seems to be winning in all departments except the led flash, which sure not Xenon, but fair better than others. 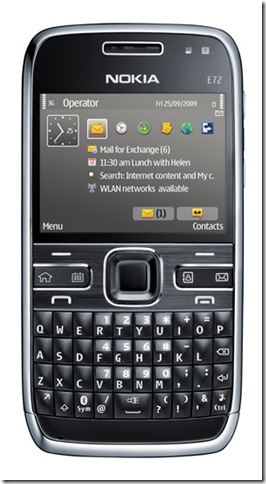 Though Nokia N900, Nokia N97 Mini and Nokia 5800 have made me addicted to big screens but still who could manage without touch screen or that bigger screen, Nokia E72 does the job much better than anything else around. I really wanna check out one. Probably the only one, I find could replace my Nokia N82 otherwise, even with Nokia N900, I would like to keep my Nokia N82 as backup phone for sure.

Even if I leave excellent connectivity options and power within this legend a side, its camera alone worth of keeping it with you forever.

Update: Something I recently discovered. Good News Farmville fans out there, you can play Farmville on Nokia N82 with Skyfire Browser now (Available in Ovi Store).