Yes you heard it right. I am not talking about Nokia N8, so its technically not related the Ovi competition, but sure the post from Rita made me think that if I wish something for this Christmas then what it might be (as I bought a Nokia N8 myself and very proud of my purchase already). As much I think about it, then like always, nothing crosses my mind than almighty Nokia N900, which I could wish to be appear in one of the boxes that Santa may deliver at my home. 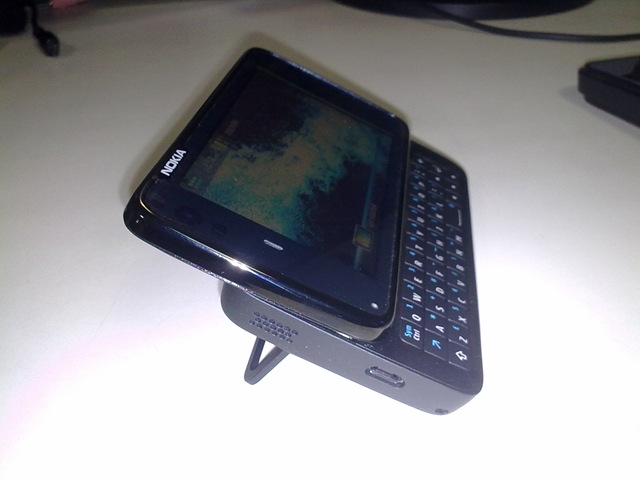 There are so many things in the world that might have crossed you once, made you happy for a while, you started living with good or bad habits of the very same and then one day it leaves you … to never return. Of course, if you want it back badly then you can move forward and pick it back but like some lost girlfriend, you just don’t know… what to do.. what not to do. Want help to bring it back in your life, can’t do yourself.

Why it still haunts me in dreams?

Nokia N900, my first trial unit from @WomWorldNokia and probably the best stimulus that one might have got to be dragged into this mobile blogging world and the rest of the story, you all know about, million of hits within months and so many friends to catch up with.

There was really a lot geeky to miss about the same, not only geeky but little things that one would have so much wanted from a bunch of devices around him and Nokia N900 was something like all in one.

There are many many more reasons to crave for one of those gadget lover’s dream, Nokia N900 and I could have written on and on. You can understand the craze by one fact only that Nokia N900 is such a device that even after absence of apps has a real huge fan following behind it. This is the one, which brings Nokia fanboyism this side because there were things like you never seen before.

If I loved it so much then why I didn’t buy it?

You will ask me that if I wanted Nokia N900 so much then why I didn’t went for buying it straight out and if I made another well thought choice (that was a marvelous device like Nokia N8) then why I want it now back again in my hands?

I had my reasons for holding my temptations to buy it and I posted them on my blog too but later on appearance of Nokia N8 caught me so much with it that I could have skipped some of my other priorities that were possible with Nokia N900 only (check my post here with more than hundred comments).

But if I would have thought to purchase Nokia N900, then at a lesser price Nokia N8 was so so much value for money and due to presence of perfect Ovi Maps/ Media playback and unforgettable camera, it was a sin, if I would have missed to buy that one. N8 over N900 was still a right and valid decision, but still ….

Then why I want it now?

If @WomWorldNokia was allowing me a second trial of Nokia N900, then I was so ON for it. It was my first trial unit and though I posted so much about it than any other device I might have posted about (except N8), but still I find that it was so little.

I was not an experienced blogger, didn’t made even an un-boxing post, just a couple of photos of the same device, so little number of screen shots and almost no walk through of the Maemo OS that I loved so so so much. Always felt that I didn’t did justice with the device, which was best suiting to the geek inside me.

Moreover, I tried the device back in February 2010 and since then many things have been changed and so many updates and apps have arrived to Nokia N900 to close many of the issues and to make it so much more better. It even got the much needed Ovi Suit support finally and even Maps have improved a bit. So, there are so many reason to assume that if it comes back to me again then it was going to be a very new experience than the RAW one which still was enough to blow me off.

I guess, for once I even tried other Nokia PR agencies in India, but probably there is no luck for common man bloggers like me, so given up. Was almost pushed to buy one for self recently, when money came in my hands, but somehow holding myself and saving money for upcoming MeeGo device with huge support of developers that was missing a bit with Maemo at the moment.

I guess you can understand my eagerness by the fact that even my younger brother promised me to buy one next year though I still don’t know if that would be a good decision or not, but I really wanted N900 in my hands once again.

Many of us been speculating about the upcoming Nokia model Nokia X7-00, most probably centered around gaming and entertainment. Even few of the pics made it to the wild appearances on the web and much of the talks as usual, but after the last Ovi Store short presence, now Nokia X7-00 was spotted on another official source. 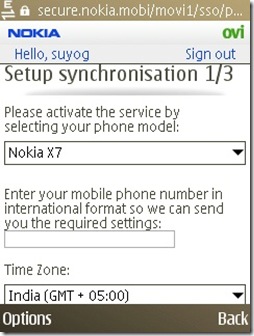 Detective skills of one of my friend @mobileyog pushed the luck again, when he spotted Nokia X7, while trying to add a new device, while trying to set up Ovi Sync via their mobile site. Even I followed the link and repeated the same process and its right there at the end. 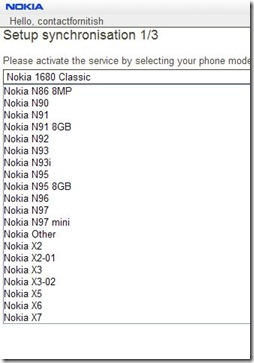 So, Nokia X7 is very very well into the system of Nokia Services, which could have only one means, a very close launch date. Is it before Christmas? We don’t think so as the same list also contains the name Nokia E7 that is expected to be launched by December 31, 2010 and not to be shipped before January. 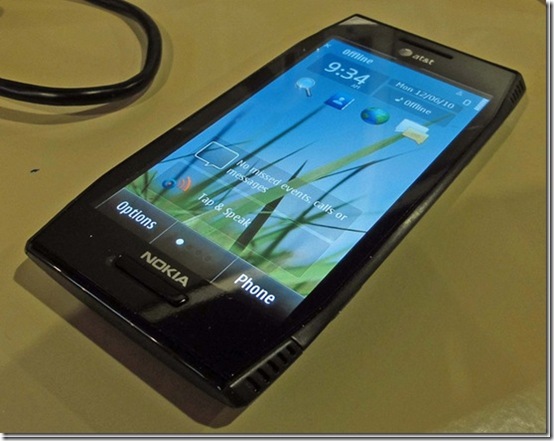 So, is Nokia going to launch three four devices in a row again? Nokia E7, Nokia X7, what more? Nokia E6 too?

Hats off @mobileyog again for the tip.