Even if every second blogger seems to be bashing over Nokia and their strategies, there is one thing that everyone seems to be curious about that what are those 50+ improvements that Nokia keeps talking about for first quarter of 2011. What are those 5 incremental planned updates throughout the year 2011 and what they gonna bring for you? Let’s try to catch some butterflies from here and there.

With that old community poll and design competition, we sure have a strong hint that what might be our MeeGo sweetheart hardware exterior design, even if one can neither be confirmed on the interiors hardware nor could be certain about the software UI part at least yet but you can’t deny that by these looks, its set to make people go crazy for sure. If Nokia could take a jump from 15 frames/second to 60 frames/second UI fresh rate while coming from Symbian^1 to Symbian^3, then sure there should be nothing that you can’t expect them to do, even if there would be some reasonable limitations of time and business logic.

Earlier expected in third fourth week of December, first Symbian^3 firmware update has now shifted to mid January as per rumors/ confirmations and at least as per earlier rumored plans, it was not set to be a big one, but was just bringing some minority updates and Nokia Chat via Yahoo for Symbian^3 as the major change (Source Ovi Blog, where they mentioned its a few weeks thing and then wrote as coming months). But now, things seems to have changed a lot. Devices like Nokia C6-01, C5-03, X3-02, which were earlier mentioned as January event via @NokiaIndia, now being mentioned as Quarter one event via same @NokiaIndia #1 #2 #3 (You know what that means when Nokia says Quarter).

So what’s actually changed this much that an official source like @NokiaIndia was forced to retract their not one but many statements? Isn’t it a strong indication that something bigger coming from the upcoming update? Don’t you feel that it shows signs for big changes being pushed earlier than the plans? Kind of explains that why there was no 19th December update.

Let’s discuss that what possibly could be upcoming updates as gathered from many leaks, forums and social media.

Note: I am no insider and as things are rapidly changing inside Nokia, features could be changed and also the schedules.

Mid January PR1.1 ?: Provided that they have pushed the firmware update from December to now January and Mobile World Congress (14-17 February) just 35 days away, even after increasing pressure, its becoming highly unlikely that we are going to see any major UI changes\ feature changes in Symbian^3 before MWC at least.

So no portrait QWERTY, no new browser, nothing for Camera UI at all. As of now, everything seems to be going for bug fixes kind of only, if any update comes in January.

Logically, if they were ready with some revolutionary updates for all Symbian^3 devices, then it would have come by CES itself, if they passed it, then it makes no sense to announce some big update and let the excitements around go in vain before MWC.

So, even if I don’t want to believe on it, we are definitely not going to some break through updates in January for sure and they could even miss January completely means NO UPDATE IS JANUARY is also a possibility.

End of January PR1.2: While Nokia definitely could take liberty to pass on PR1.1 with a pinch of salt, but as per PR2.0 requirements, they sure will be needed to make some changes under the hood to accommodate the big changes in whole Nokia UI/ Services lineup and hence it seems more likely to see a PR1.2 at the end of January.

There are a few things in bag that are almost ready, like Nokia Chat, a function wise more improved Music Player, a more good looking/effective video player, new browser with revamped UI & HTML5 support, a brand new standby screen, revamped notification system, a fresh approach to sync and setting up accounts, visual and 3D approach to contacts and much more, but many of these seems to be scheduled for a later release (PR2.0) now, once they are up and ready with new Nokia Push based services that will change many a things for the ways of communication and social updates.

They already seem to scrap the launch of Nokia Chat for Symbian^3 in favor of their new community app that will unlock methods of communicating without even using your operator (Ad hoc WiFi, Bluetooth) means free of cost and more effective, check this, if you wanna believe on calculated rumors.

At least we could expect the improved standby screen, new video player and new music player coming to Symbian^3 devices with PR.12, if they wont skip PR1.2 completely in favor of making a big bang with Mobile World Congress 2011. I still consider PR1.2 appearance more likely as they have already sent E7 devices for shipment and they are almost set to make a market appearance this week or on January 17, 2011 with the new firmware only. Question is what it gonna bring?

One thing is sure, they are getting rid of the Nokia N8 reset fiasco at first priority, means updated Qt runtime has to come into cores. You can get an idea that what the new runtime can bring if intelligently used via new Flicker App from D-Pointer.

I wonder if the new portrait based UI of Flickr is what gonna be a new design standard for developers soon.

Mid February PR2.0: Finally that’s what going to be big for sure and been the main reason for skipping CES from Nokia point of view. 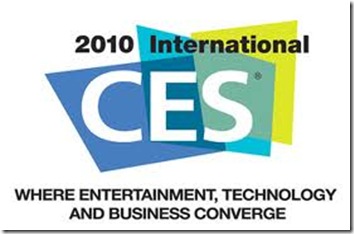 Knowing that what kind of high end devices gonna be announced from other vendors, it was kind of useless and foolish to push the biggest ever change over Symbian to get only cold shoulders from journalists. Any Nokia news from CES would have been lost in other ‘big’ headlines and it was not very good on PR front for Nokia. They already knew about the raining of Tablets and Dual Core phones, but weren’t interested in the race at this moment.

Being the biggest manufacturer in the world, it was not reasonable to put money on such a big scale over the hardware technologies that are still under research and have to be pass the rigorous compatibility cycle of OS like MeeGo and Symbian.

There will be some announcements for UI changes that will be more and more portrait based with a customizable universal Contour ShuttleXpress scroll wheel approach like new Flickr App (no more two buttons approach any more), inside most of the apps, battery/ Connection icons will be on left, right side will showcase a drop down option panel throughout the UI and a new browser that would be very much at par with MicroB of Maemo with possible extensions .

Only announcements and demos, none of these big UI changes will appear with PR2.0 and you will be needed to wait till March and PR2.2. Though the Web Browser will make an appearance via @NokiaBetaLabs first along with PR2.0 itself and then will go for public release with first MeeGo device (N9-00 and N9-01) shipment. So, in a way Eldar was right when he said that Nokia has delayed the new browser until February. 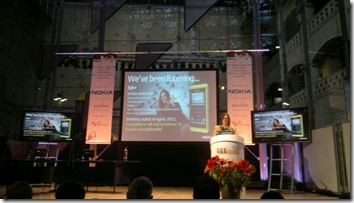 But rest of those 50+ enhancements will sure make an appearance with PR2.0 that would be split screen input, swype inbuilt, portrait qwerty, new task manager that will include Maemo like UI of multiple rows of icons rather than one row (No live icons though, no Task manager icon on UI), new photo browser and much more. PR2.0 would be a function update and PR2.2 will change the UI for what earlier called as Symbian^4 (which will be shared by MeeGo as well). Note that MeeGo and Symbian will share the similar UI pattern but not exactly the same.

End of March PR2.2 Nothing seems to be certain about this one at least even if after trying at least seven-eight of UI approaches, Nokia finally seems to be settling for final one, which they recently finalized. So a few of things have to be aligned with the same. Extensive work been done on providing kinetic scrolling and smooth new animation effects across the UI, closing of the app, starting of the app, everything is coming with special kind of effects, which is taking hard time to get optimized for lower end of devices as Nokia wishes to bring the UI updates for not only Symbian^3 devices, but even for Symbian^1.

All of the coming high end MeeGo models, will include the separate graphics memory inbuilt that will remove the legendary complaint from Symbian of not being animation effect rich, while new touch screen hardware coupled with these graphics chips will make everything like butter. Even 60 frames/ second been a been mark and Nokia is all set to make a big bang on refresh rate itself.

There are much to talk about PR2.2 but things will get more clear once the actually devices get announced that will even make N8 likes a history. Many of the Nokia Hardware standards will be upgraded and that will go beyond the front camera and Pentaband too. I still wonder that the S-Series will be called as Sexy Series or Slim Series 😉 Hope that Nokia find a way with operator to bring Nokia tablet on cheaper rates as having Anodized Aluminium body like Nokia N8 not letting them to make it any cheaper and Nokia doesn’t want to compromise on it.

I really want some insiders to comment on this post, if I was right on places or something changed from inside. Also wants reader to debate on that what needs to be done function wise about Symbian. Nokia listens. Till then, Symbian^3 owners be assured that the long wait for updates worth it.

3 thoughts on “Upcoming Symbian^3 updates, what and when?”