Like it might be the case with any of the debuting OS, there been some missing pieces in the Windows Phone OS and still there are some, yet if there are any OS, which are always fluid on whatever device you try up on, then those are Windows Phone and iOS. There was a reason for this.

The reason was both set of the devices were available only a premium price point means capable hardware. Not only with Apple iPhone (talking of current ones), but with Windows Phone as well, either it be Lumia 800 or Lumia 710 or Omnia W, we always had 1GHz Processor, 512MB RAM at minimum because these were part of minimum specs from Microsoft. 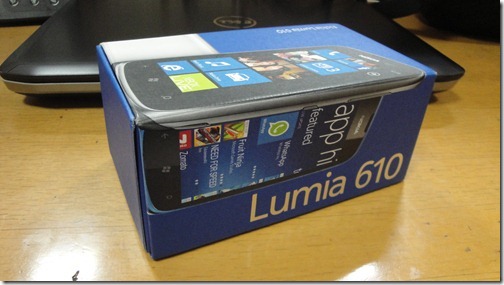 So, it was really getting interesting when unlike Apple, Microsoft/Nokia decided to push for the even lower price point, the sub 200$ bracket, which was totally occupied by junk Android Touchscreen devices with smaller screens and pathetic experience as time passes by with them.

Nokia Lumia 610: the first budget Windows Phone courtesy Nokia and Microsoft which exploits the lowered required minimum specs from Microsoft (I can only remember ZTE Orbit as the other 256Mb RAM WP device). Let’s proceed to see if it compromises the otherwise fabulous experience with Windows Phone like Android does with it low end devices.

Being a budget phone, I wasn’t expecting a load of accessories and for the fact, we didn’t got much of accessories with even premium Windows Phones either (except Leaflet cover for Lumia 800), but it was good to see the headphones and charger at the same level as one might have expected from a premium phone, not to say the phone build quality as well. 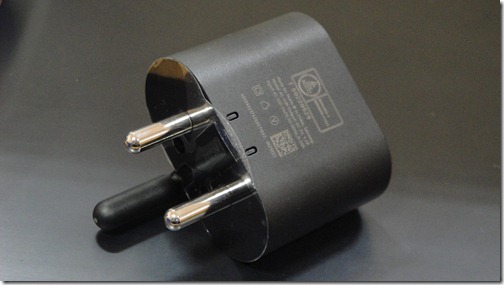 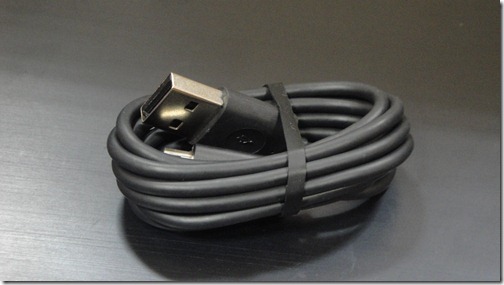 Same cable as we seen with other Windows Phone Devices, I wonder if there is anything specific about these cables. 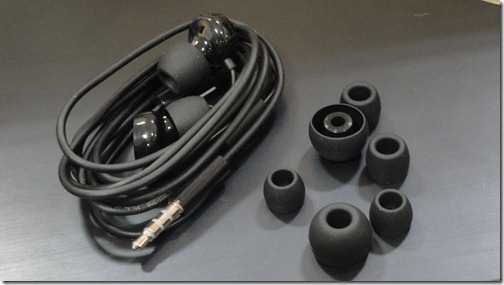 Not sure with which other low price handset, I might have seen a stereo headset along with ear buds. There are reasons that I given the post a title as “A premium budget phone”.

Nokia Lumia 610 – The Exteriors, The Design

When I first heard about the news that Nokia Microsoft bringing a budget Lumia at around $200, then I was quite skeptical about the looks and build quality of the new handset, because its been Nokia, who maintained a specific premium build across the Lumia brand and I feared if the premium tag “Lumia” going away like Samsung did their “Galaxy” tag. 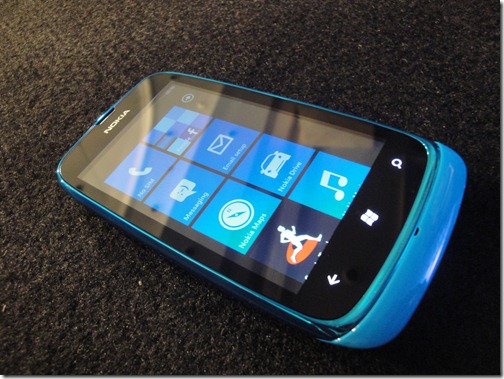 That feeling was gone in an instant, when I seen the press pictures of Lumia 610 with a nice build quality and metallic bezel around it and then it was just about the moment when it gets launched in India for me to get hands on it. Trust me, the feel of the device in hands was even better than Nokia Lumia 710 that I reviewed sometimes back and is priced a little more than this one.

The metallic bezel covering the device by sides and surrounding the screen not only makes the device look premium but also give assurance about its durability. Then the capacitive keys and hardened plastic makes the assurance complete. 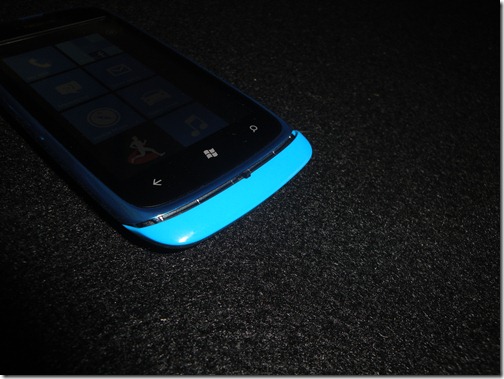 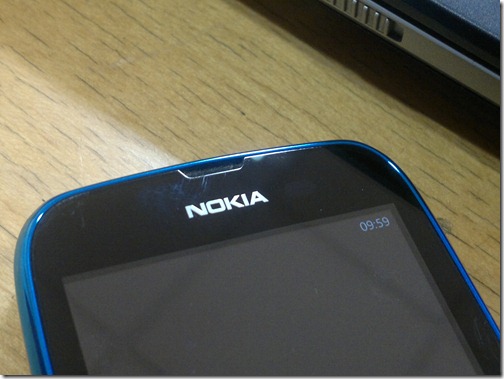 The top of the device doesn’t have any front camera, but one shouldn’t have expected that from the sub $200 Windows Phone device either. 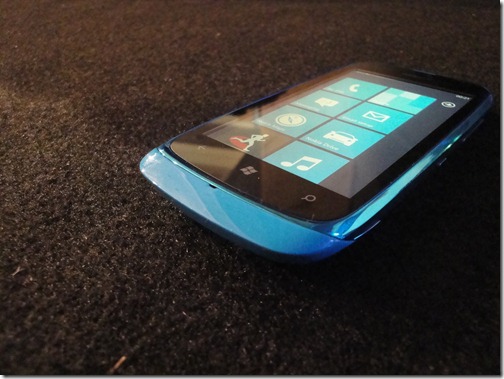 The another thing that catches your eye about the front of the device is the tough Gorilla Glass screen of the phone. Sad part might be 16 bit 800×480 resolution without any CBD AMOLED screen that works so well as a mirror in daylight but that’s still much better than any phone available in that price segment. Still the 3.7” looks gorgeous for a sub $200 device. 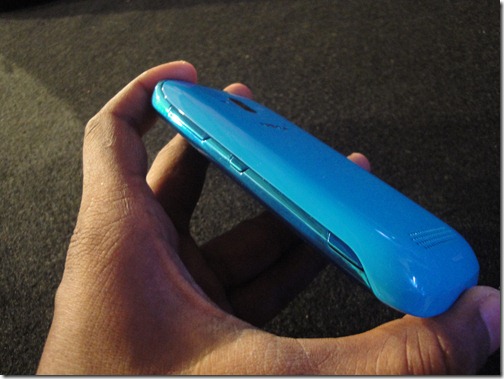 The volume rocker, lock key and physical camera key, all three resides on right side of the device and in the same color as bezel. 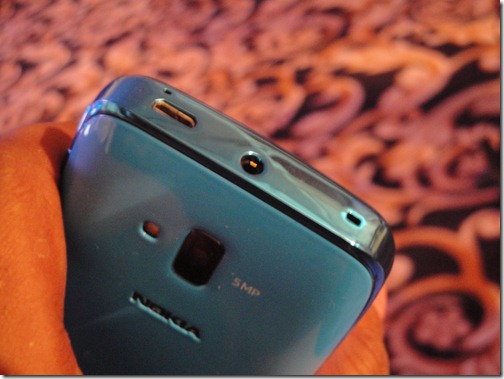 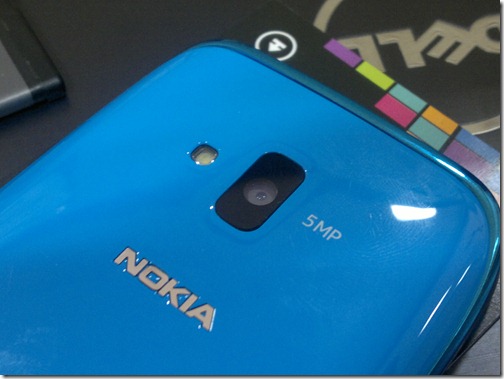 With a price as low as Nokia Lumia 610, I am sure you wouldn’t have expected a Carl Zeiss or Pureview with it, but for the good, we got a 5MP Auto Focus camera with single LED flash. Video is only VGA, but still you get video light assistance with it due to LED flash. 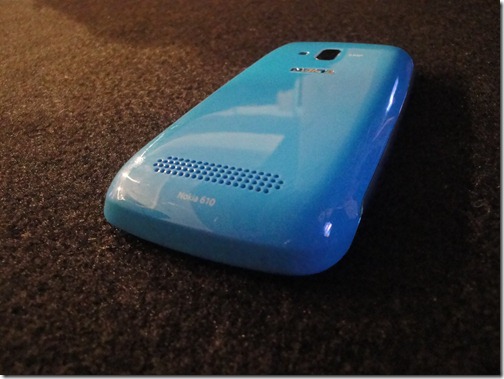 The back of the device is curvy and fits in hand perfectly. The plastic is shiny and fingerprint magnet but still toughen up plastic still feels good in hands. 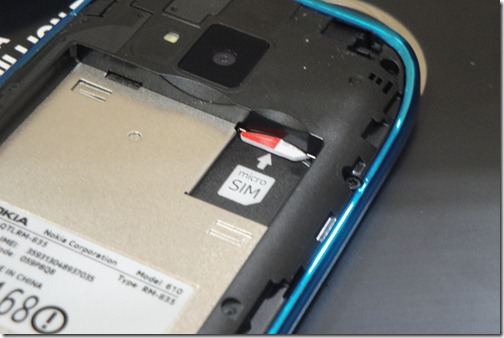 Then comes to sore point, the MicroSIM. If I am right, then Nokia Lumia 610 is the only phone at its price point offering a MicroSIM only arrangement. I mean, I am all for MicroSIM for new and premium devices, though I doubt if people, who might be coming for an upgrade from their dual SIM phones or some other cheap phones, would adapt them that easily. On the positive side, once I see that all the operators/ manufacturers adapting MicroSIM, it will change and having a MicroSIM allows manufacturers to have that extra space used somewhere else.

If you are not satisfied with pictures then you can see some close angles over the smart handset via the above video as well that I taken when the phone was launched.

Nokia Lumia 610 – The Interiors, the power within

Not sure if many care for the deep down specs when it comes to low price handsets, but Nokia Lumia 610 sure likes to speak about its specs:

So it has a lower processor, lower chip, considerably lower GPU, half of RAM/ROM, no Magnetometer Sensor and lower HSDPA speed, if we compare with Nokia Lumia 710. But we are paying 4-5k lesser as well. 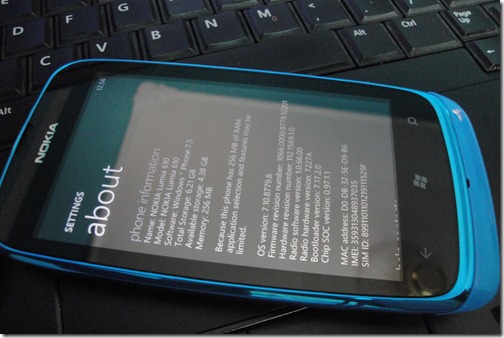 Lower RAM/ROM makes it untouchable for memory hungry Angry Birds and skype like some of the apps (5-10% of the marketplace). Sometimes even though app is supported, some of the advanced settings might not be supported. But same time you should note that its only Windows Phone ecosystem, which openly admits the weakness, otherwise they don’t even tell you about it if it’s a low price Android.

There might be a lot back and forth accusations between Android and iOS about innovation and UI, but as I see it from here, then apart from MeeGo and WebOS, probably Windows Phone was only third OS that made people say WOW in its first appearance. A UI that was truly innovative, different from others from the very first moment it made its appearance in front of world.

Trust me, Lumia 610 hasn’t changed the way, we have seen Windows Phone till now. No lags in scrolling and things are still same level fluid in flicking or any other operations. Despite of lower price, the UI or the way it functions, hasn’t changed.

The above video can help you in understanding Nokia Lumia 610 better, if its slow anywhere or takes more time than Lumia 800 in some of the operations. Yes! its not hard to notice the difference, but same time, do you really feel that it’s a 12, 000/- INR phone in my hands in the above video.

If you are a corporate user, then you still get the same Email Experience that is better than any of the other platforms out there. Easy to navigate mails, easy to separate Unread Emails, easy to pin one particular folder on home screen as a tile for easy access and that folder related notification, easy to read and edit word documents, easy meeting requests, beautiful calendar. Though the limitations like “Only Photos can be attached with Email not docs” still exists like other Windows Phones.

For the users addicted to Social Networks, Windows Phone always been good due to its simple yet effective People Hub, which you might have heard many praising about, but if you thought that its less on gaming just because you don’t have Angry Bird on it, then you are wrong. 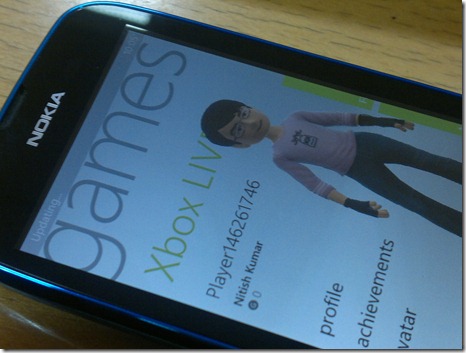 Not only that but you have XBoxLive on your phone in the same way as you had them on other Windows Phone devices whom you can customize as per your likes and find yourself into Social Gaming as well to compare scores with other friends. 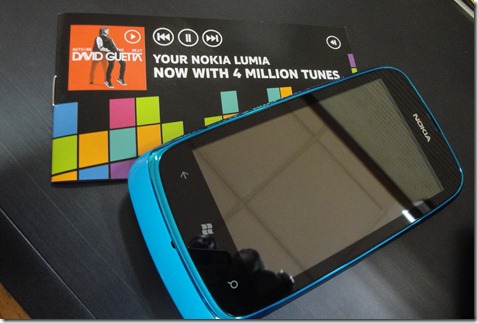 The other perks of buying a Nokia Lumia 610 are Unlimited DRM free Music Downloads for an year via Nokia Music service that will need only a Nokia Account to get activated on your phone. 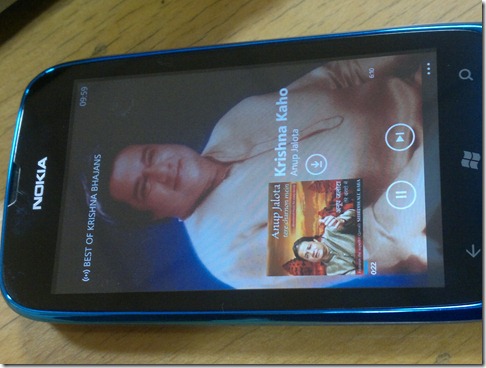 Even streaming of songs is so good that you wont be even needing to download them to phone if you don’t need them later on. I never felt if any song got stuck in buffering in middle while being played on. 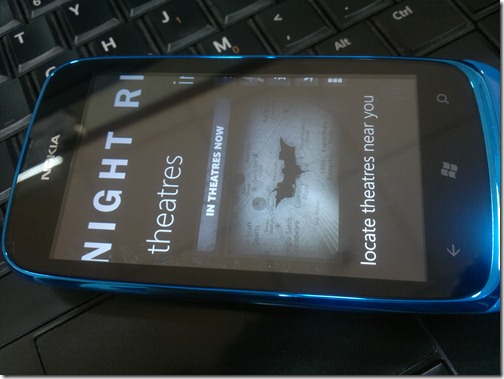 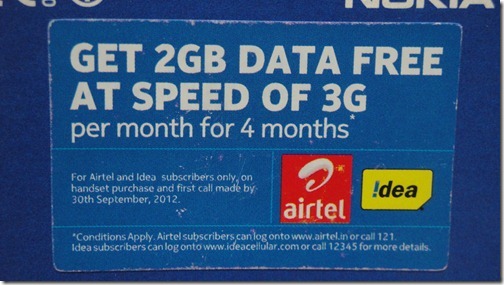 Perks of owning a Nokia Lumia 610 doesn’t stop here. You get exclusive Dark Knight Rising Apps to download (if you care for those) and more importantly, free 3G Data for four months (2GB each month) courtesy Airtel and Idea.

I shouldn’t be reviewing camera performance of a low priced device but the camera with Nokia Lumia 610 is worth the mention. Not only the camera is 5MP and Auto Focus, but it actually does fare very well. 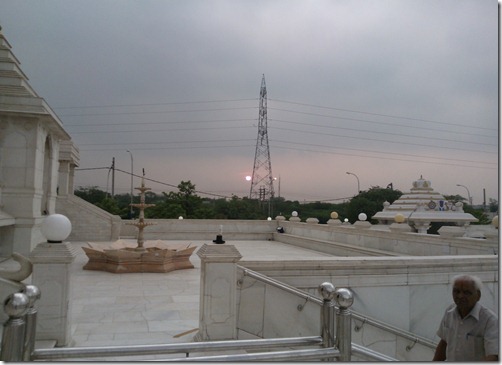 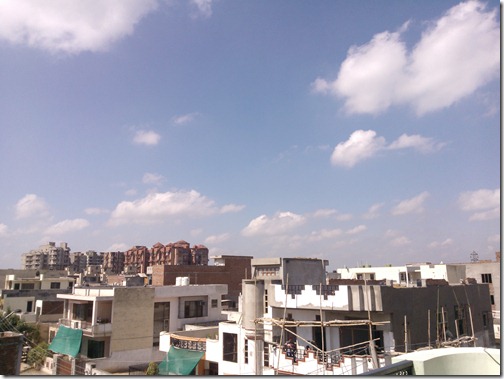 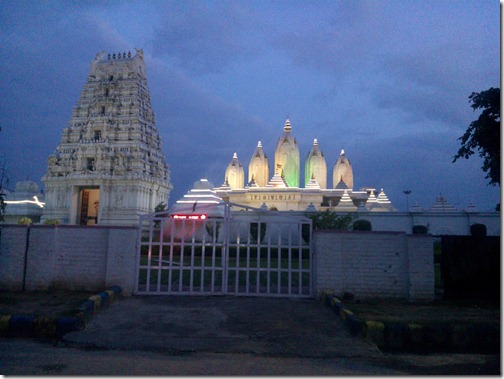 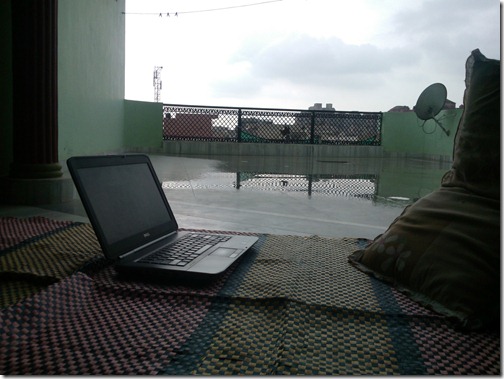 Not only the awesome apps like Creative Studio, Camera Extras and Photosynth available with Nokia Lumia 610, but the camera itself doesn’t disappoint either. I mean I have had other phones at this price point and seen the photos taken from them, but do you think that photos like above are just casual shots from a sub $200 phone? 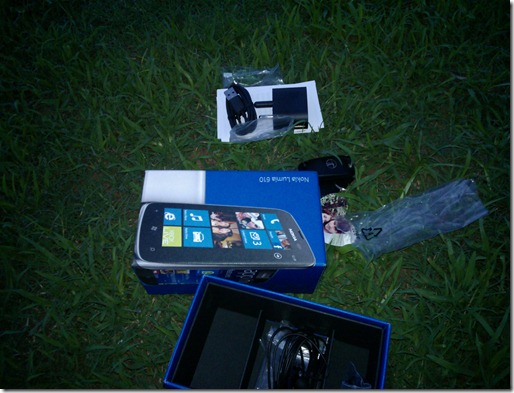 Not only the stills, but even video recording, despite of being just VGA can be termed as quite cool enough as it takes full advantage of 5MP available with the camera. Not very great but the color reproduction is good enough and the Auto Focus bit completes the experience.

Did you check the macro performance while taking the video?

So this was all about Nokia Lumia 610 and I hope I am able to convey that why I called this phone as a “Premium” Budget Phone. Despite of price, one hardly finds some major compromise when it comes to every day use of Nokia Lumia 610. Many a times, it may make Nokia Lumia 710 owners by its look and build quality.

When it comes to the price, then I hardly see any of other manufacturer offering these many features at such a price. Though Aircel offered iPhone 3GS at a similar price, but it was operator bound and limited stock (Not available now) otherwise it would have been a serious contender. I already see a few around me have made up their mind for buying this handset, specially because of price despite of premium feel.

What you feel about this handset, do tell me your views via comments or tweets @nkumar_