Its somehow easier to make young faces in comparison to faces where lines are little less abstract or picture not clear. The same was the reason, I shied away from making sketches of parents barring one two exceptions, but considering the fact that I made a number of sketches in short successions recently and continue making so thought to break the ice here…

This was probably the toughest challenge as the picture wasn’t much clear and glasses on eyes were adding into the trouble, but later on glasses came as aid in disguise from portrait point of view. 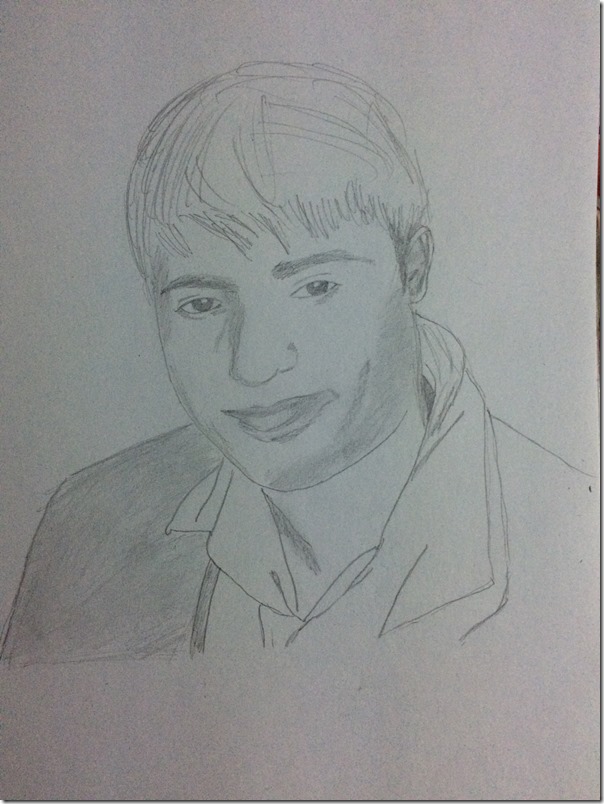 While making own sketch, I guess I was on right path till half way and at the end, ended up messing due to additional hairs than I should have done.

Next was the attempt over portrait of mom and yet again, I messed up over hairs. Not that worse as was in case of own sketch but it was sure better half way in comparison to the shape it ended up in the end. 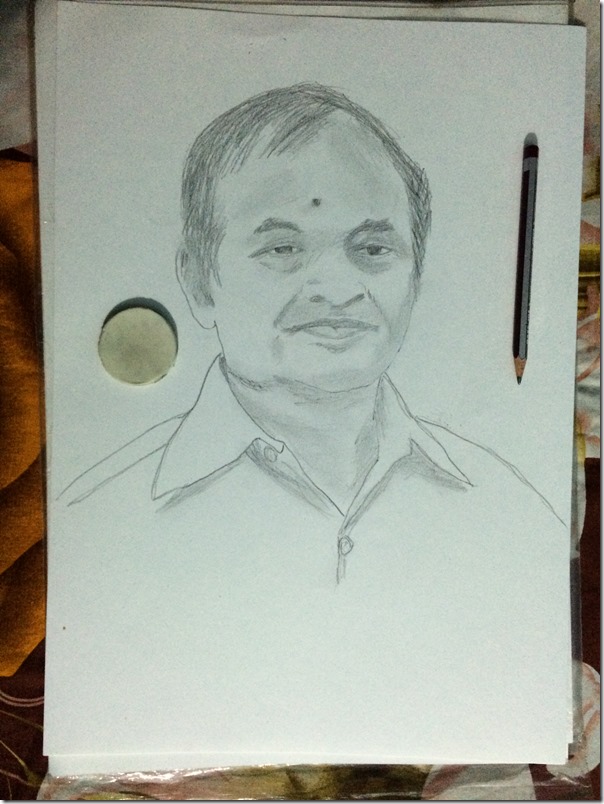 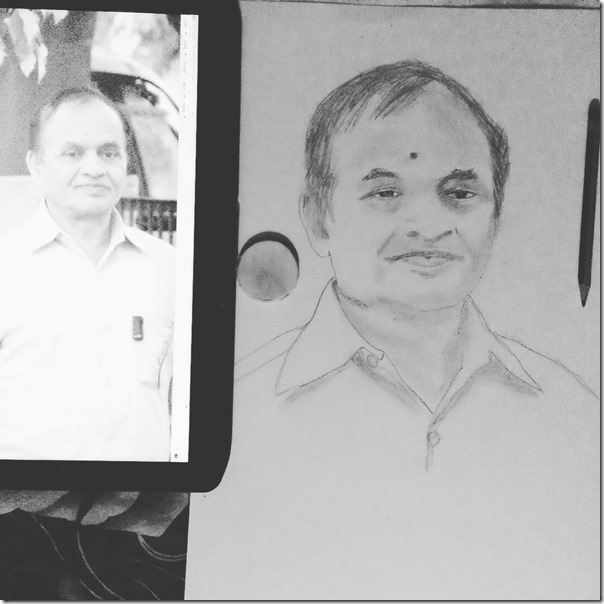 I guess this time though I was getting carried away for making the same mistake with hairs, I managed to pull back in time. Little mess up with eyeballs which I couldn’t clear due to this huge circular shaped eraser of kiddo. Why they make erasers like this one, which can’t focus to a particular point without erasing all?

One thought on “Sketching: Some more tougher challenges: Parents sketches”