Sometimes, we really think that if we could have born in some other developed country… just for joke.. don’t mind.

Here is the news from techcrunch that caught my attention by this morning:

“ Dec 14, 2009, Teliasonera became the first company in the world to launch its 4G services (Currently limited to Stockholms and Oslo). Afterwards, the company is planning to extend the services to other areas (currently the license covers Sweden, Norway and also recently Finland) ” 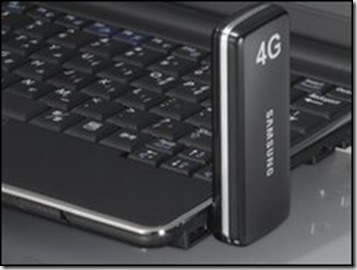 So, here poor we, still waiting for affordable and workable smooth enough 3G services (MTNL is sure not that cheap and competent enough) and some other part of world is going to get speed around 100 megabits per seconds.

Although interesting to note that despite the launch of the network, no handsets can yet use 4G. Initially customers will connect via a dongle and a laptop.

“ Fourth-generation, 4G, networks are based around the Long Term Evolution (LTE) technology and downlink data speeds can hit 100 megabits per second – about ten times quicker than the fastest 3G networks. The technology has been designed to overlay existing 3G networks and most operators have committed to upgrading to the faster system. ”

As per BBC News, the company has released no information about the cost of connecting to the high-speed network. The dongles for connecting to the LTE network are made by Samsung, while Phone equipment maker Ericsson has put together the network in Stockholm, Sweden and Chinese firm Huawei is behind the one in Oslo, Norway. Both networks cover the central regions of both cities.

At the end, Handsets that can use LTE are expected in mid-late 2010. 🙂