The most perfect words about Nokia N900 that I came to read very long back,

The people behind it, you know those other guys in that other building, are probably a bunch of geeks with a sense of mission. Somehow, someone at Nokia stole a prototype from their lab and decided to slap a N Series logo and a number “900” on it and actually released it to the mainstream. Those lab guys don’t even make phones. They make internet tablets. They have nothing to do with big old Symbian. They have their own open source based OS called Maemo (pronounce My Mo). – via 360east.com

Beautiful and very accurate were the words and struck right there with me and … we seen more and more words being told about this beast, many stories, many myths broken, every day a new idea, every night a new invention, whenever you run of reasons that why should you buy a N900 adding up a few limitations from here and there, another morning wakes you up telling that every other day of N900 is another reason to talk about Nokia N900.

We all know that something such big as Nokia N8 is coming, we all keep on hearing that what new things that would be able to do, we all know that there will be an all time best camera phone in hands of you all, but still sometimes I think that why is my post about N900 vs N8 still topping in blog stats? Why WomWorld still has more posts over Nokia N900 than anything else? 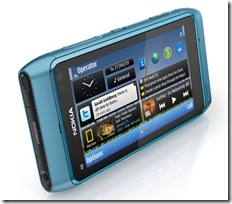 May be I thought to post it much earlier, may be it was something else in my mind that I thought to give few words, but the credit is for sure of Inspect-A-Gadget’s post, where he discards Nokia N900 a viable alternative to Netbook. I am really feeling like pushed to say something … really something

Why Nokia N900 competes well with a Netbook?

First of all, why we needed a Netbook? 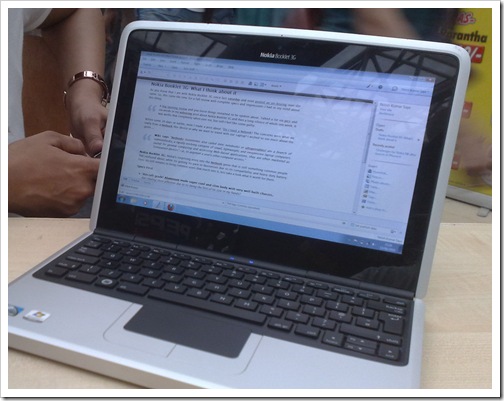 Compact size? More easy to carry? You are always online in the way you wanted. You could check on emails, you posts and surf blogs, you share pics, you make even occasional edits via its inbuilt tools, make sketches, music and whatever you like to do in moments, you sneak out a few moments.

You are in a conference but you do not need a table to put anything like others (at least 10” I guess) and still you are on …. in each step with others with your just 3.5” device … you are not typing like others might be, but you are making occasional touch gestures and sometimes your fingers racing on small but perfect keypad of your Nokia N900. Sounds gracious na?

Some argue that its limited by it caliber and a full fledge windows is something that a Maemo wont do ever. But tell me, do you really wanna do some photo shopping on the go? Or Studio like FX-Effects? But does a Windows 7 Starter with probably 1GB RAM at most serves the purpose for some photo shopping or movie editing? Does Windows Starter really work that way or if we choose any other operating system or do some Photo shopping, then does Netbooks really provide you those acclaimed 8 hours?

I know Zahib doesn’t actually meant that and still many more examples could be given and I always pointed that it was kind of natural right for Nokia N900 to opt for a 1500 mAh battery.. but still think about trade offs of carrying a device exclusively with you for purpose or having something that is always with you.

Think you are going to a family wedding and made promises with family that no more office chik chik, no more sneaking into those laptops. Will you really explain your granny that its a Netbook not laptop? Will you carry a Netbook to the wedding place? Really? But you could stand tall with Nokia N900. You will say its a phone dude and the coolest one, you might have seen around. While you all might be waiting for this function to be over and by morning, you will all be uploading pics to facebook, blogs etc… hey hold it there.. I am already done, while I was taking drinks with you. Get a look on my page.

And inside you say… sigh!!! thanks God, I didn’t missed that mail and replied too with collected facts from some googling. That’s all when you weren’t thinking that you will be needed to do something like that here in the wedding.

Believe me, its Nokia N900 that you wanted, not some Netbook that screams that I am underpowered and even if small, no one can figure me out much different from a traditional Laptop…. damnn man!! you cant even carry a iPad everywhere with you, sure not in your pocket.

For me, its never a question that if Nokia N900 can serve as a Netbook, but the question is what a Netbook serves? A sense of limits whenever you think of doing something serious and a sense of burden, when you thought you going to carry light? Are Netbooks going to be pagers of past or will they fight with Notebooks more than mobiles of today?

You see some iMorons all around looking for reasons to eat another iCrap, because web seems to be echoing about that, because that’s probably most well marketed thing in the world.

But why you are finding reasons to choose Nokia N900 over Nokia N8, when no one seems to be marketing things that way? Why you feel that Nokia N8 will do many new things, but still think that there seems to be no limit that you will do with Nokia N900.

Well!! I am confused, totally confused and I know you all are … at least many of you really are. I know coz I see search terms like N8 Vs N900 hitting my blog without missing a day. I know because I still think that when someone said the lines below, then it wasn’t Nokia N8, but Nokia N900 in the mind ….

Its not the technology, but its what you do with it.

What’s currently not right with with Nokia N900?

Due to more attention to Intel-Nokia MeeGo, focus was very early moved from Nokia N900 than it should have. We still get just a basic Ovi Maps over a top-notch A-GPS unit and no Google Maps here due to lack of Java Support. Honestly speaking… that annoy… annoy big time, when we already were somehow compromising without Gravity (even Android, Apple, BB users doing, so not that much complaining).

Nokia N900 shouldn’t be a step child to Nokia, it has rights to get cared of and sure rights to get promised for update option to MeeGo.

You cry that why you were so naive, when Paul wrote you for giving an Nokia N900 for trial? Why you were so lost in Alice‘s Wonderland of magic that forgot that its just 14 days? Why you think that you would have been doing much much more with the N900 than you actually did? Why you think that if there was a time machine that could have been taken you back to the time, when Nokia N900 was in your hands and then pauses the time right there.

Why do you wish that may be someday Paul or Katie may be extra generous to you for sending an N900 this way again or some NokiaIndia or WomWorldIndia (?) or Blogger’s Mind or anything such think of pouring some love over you again? Yes! a dream chase … I do wanna get a second chance with my EX… a second chance to rectify my mistakes that I didn’t given her the treatment, she deserved … 15 days were so little for someone, who got a first trial device, when it was a N900.