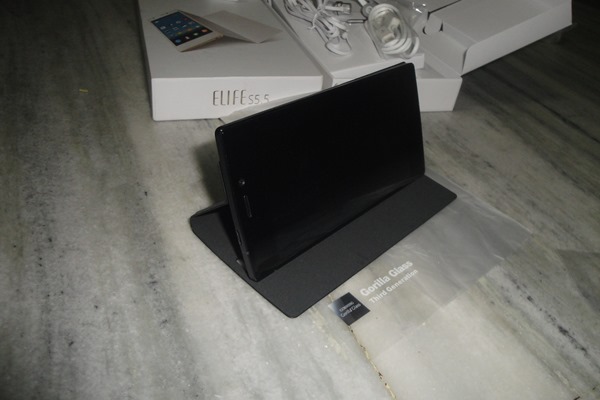 1. Gionee Elife S5.5 – Time to move beyond biases and stereotypes

When you are reviewing an entirely new product about which you never knew anything before, nor you would have reviewed any sister product of it to understand part of things, then it becomes absolute necessary to give it undivided attention and comparatively longer period of use to understand the bottlenecks & possible issues that may start nagging over time. Because such issues can never been checked during two three weeks period as product remains comparatively new.

I should thank Gionee on this part that they allowed me to retain the unit for a longer while to understand it and to put it in real world use (I kind of forgotten that it’s a review unit and sure gonna miss it hard as it became part of life).

I remember the time when I was to review a keypad phone while my own phones been all touch phones. During entire period of review, I restricted myself to use the touch phone to feel the essence of living with that particular keypad phone. Same was the right thing to do when it was about an entirely new brand.

So how did Gionee Elife S5.5, which is sure a marvel on hardware front and head turner wherever I go, fared on software front? Did it performed at par with iPhone 5S or Nexus 4 which I had? Does it produce images worthy of 13MP camera? Does the battery sails through day? Does the glassy build survives in long run?

A number of questions which I intend to answer in the rest part of blog….

END_OF_DOCUMENT_TOKEN_TO_BE_REPLACED

Yes! I am not talking about PR1.1, its something new that appeared on my Nokia N8 by today only.

We know a little about DAB update as it first appeared with video subtitle support update back in Janaury 2011, but that time it was not available for Indian Nokia N8 units like mine. But this time looks like it got released worldwide finally.