It doesn’t happen always that I might be writing about a product before spending a sufficient time with it unless I genuinely feel interested about it. Nokia Lumia 510 is definitely one of the product that actually surprised me. 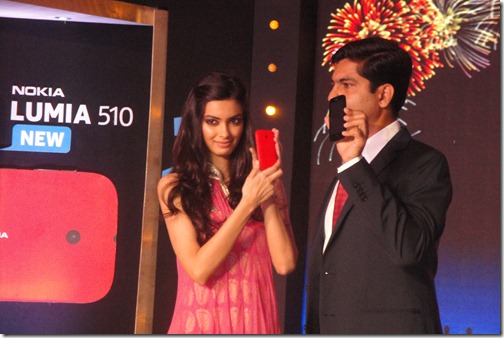 It was one of those events, when we were already informed about the product in well advanced and that too for certain. Thanks to Facebook Status of Nokia India saying 610 – 100 = …. The thing that was surprising about the event, was Diana Penty launching Nokia Lumia 610.

Let’s go into some backgrounds about the device.

After Feb’11, Nokia hasn’t had much market success with their Symbian Devices not because of capability or quality of devices itself but because of the negative buzz around its future.

There might be debates around the timing of Symbian announcement, but the recent success of Asha series and the way Nokia placed Windows Phone as a viable platform for Indian buyers in such a short time span, sure deserves some big credits. 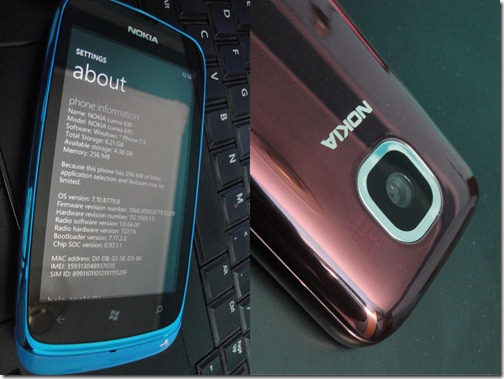 I have reviewed Asha Series and low end Lumias on this same blog and shown that what they are capable of or why they can be distinguished from the crowd of mediocre Chinese handsets. How they are selling can be measured from the fact that I got more than 10 Lumias (610/710 only) on display on a small mobile phone shop in small city like Faizabad which had a maximum of 40-50 handsets in total at the shop including many of Chinese phones. Obviously it might be different for different cities but enough to hint.

Nokia knew that there is a low end market of India that still can be penetrated well, they had only Asha series to go guns with as Nokia Lumia 610 was still 12k+ and was already having the least specs as Microsoft can allow.

Nokia wasn’t in position to lower the processor, RAM as they are already least, same goes about screen size. They couldn’t pull back premium offerings like Life Time Navigation, Nokia Music Unlimited or Nokia Mix Radio or a decent camera or a top notch Touchscreen as these elements been part of core Lumia experience.

Nokia Lumia 510 was the answer. Compromised on LED Flash and Internal memory but gained in size and build quality. 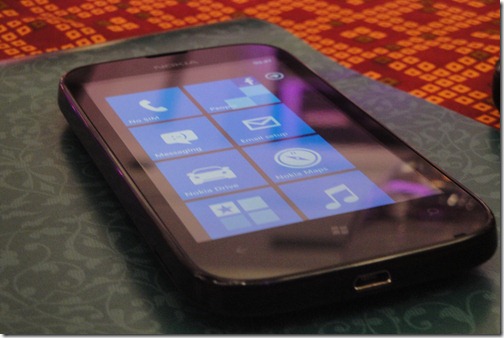 The flat front of the device was a treat to look at when you think of the price point it gonna be selling at. Edge to Edge display glass front with negligible bezel around.

If we compare Nokia Lumia 510 with two grade bigger sibling Nokia Lumia 710, then this one doesn’t only gain on display size that is 4” now in place of 3.7” of Nokia Lumia 710 but sheds away the physical raised keys in favour of capacitive keys. Preferences might vary but a flat surface front looks definitely classy over the other.

No matter in what way you look at it, if going by looks alone then Nokia Lumia 510 looks far better than Nokia Lumia 710.

While the back is more or less same, the slimness of the new entrant only adds up the point.

The back of the device that is actually the detachable battery cover that decides what colored device you call it as with the change of color, the front of the device doesn’t change.

Like the above device is a white model. You get my point?

While Black and Red remain my favorites, there would be a total of five colors in which this good looking device gonna be available. 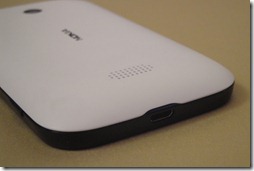 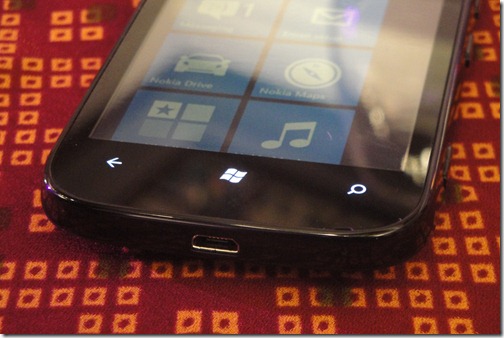 The top of the device doesn’t has the usual MicroUSB slot because that has been moved to the bottom. No front camera obviously and I am not sure about the sensors though I expect it to be the same as Nokia Lumia 610.

The right side of the device contains the lock-cum-power button, physical camera shutter and volume keys.

The display doesn’t look CBD to me neither does it have an Anti-reflective coating like those premium handsets but none of the handsets around even 15k get that kind of display, so that’s not even a valid complaint here.

The camera on the back might be assumed to an average performer but in my small time with it, I found it fairly decent (couldn’t take out pictures, damn you no bluetooth transfers with Windows Phone). Touch to focus and capable of making those Bokeh kind of pictures for fun, this is definitely a camera that won’t disappoint to the buyers at that price point. 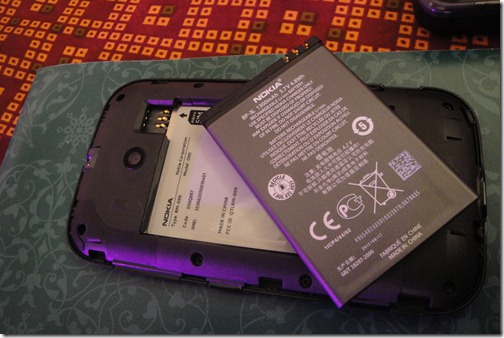 MicroSIM and a 1300 mAh battery inside. Should do enough for a decent battery life as it got the same firmware as I had on Nokia Lumia 900 in my last review.

The biggest pain about the device is the Internal storage available to user with it that is just 2.88gb. Way lesser than today’s standard about storing songs and apps on it. Nokia counting on  cloud storage to make up for it while some say that the users buying a low end handset won’t pay the high Data charges to operators.

Thing is, they could have compromised either on camera and screen quality or on Internal storage and they chose the later as many other manufacturers did. Only difference, Windows Phone doesn’t support SD cards yet, so no other way out as well.

So, this was all about Nokia’s Diwali Gift handset that is launched in India first before any other country in the world and would be priced at around Rs. 11,000/- that is somewhere sub 200$. Availability in first week of November.

While it looks fantastic in pictures (Come ‘on!! praise me a little for the clean shots), you definitely want to see it into action. Here we go …

What do you feel about this handset? Will you tell?