Camera on Lumia 800 – It is snappier like Nokia N9, but sure not lives up to the Carl Zeiss Branding:

If we talk about the camera hardware then we should follow the same details at Nokia Conversation posted about camera unit in Nokia N9 because hardware wise, both the cameras are exactly identical.

This is the same specially crafted lens by Carl Zeiss to match the needs of Nokia specifically and same are the reasons that how Nokia been able to achieve 7mp in 16:9 while 8mp in 4:3. So, we can again refer to list of same features excluding a few as its been in Nokia N9: 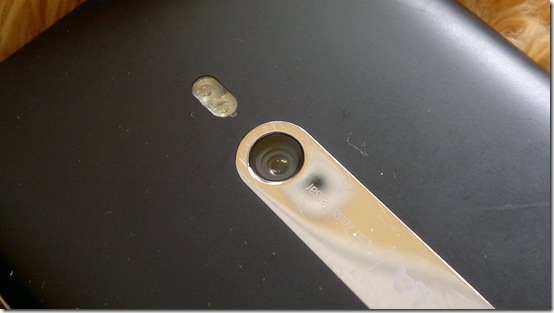 But as some of you would have noticed, it misses a few things from Nokia N9, all of which are mostly software related and not only this, but the results from Lumia 800 come noticeably inferior than Nokia N9 in many other areas too, which again outlines the same fact that you may get the best hardware, but making a true imaging flagship like Nokia Symbian devices used to requires specialized image processing algorithms. Definitely, the camera hardware and camera systems in Windows Phone aren’t perfectly matched yet.

Future updates to the phone will almost certainly improve camera performance, both in terms of colour balance and raw speed, but yes this will remain as an era of improvement, where Microsoft will badly need the specialization of team at Nokia and people like @phonedaz (hope Damian is already working on it).

Coming back to Camera on Nokia Lumia 800, we are again doing in-justice with the device by comparing it with the Titans. Take a look over it again with the perspective that its one of those best Imaging devices that Windows Phone lineup would have got till date. Once you run through the camera interface and settings, you will come to know that more than the preciseness, focus was to create an experience that is focused over speed and simplicity more (just like the overall experience of Windows Phone). But at the same time, I wont justify the performance of Lumia camera as we seen that with a similar sized sensor and same Windows Phone platform, HTC Titan produces kind of better colors over Nokia Lumia 800. Anyway… let’s see things with Lumia here …

As about predefined stills settings on Nokia Lumia 800, then our @AAS team has done this very well here and I thought to just repeat the same:

There will also be three modes for flash that is Auto, Always on, No Flash.

The most pathetic part would be the step wise zooming that was so annoying for my use case. You can not increase the zoom continuously, like the way you were able to do with Nokia N8 but you need to rely on those ‘+’ and ‘-‘ buttons on the screen. Why not controlled by Volume buttons only?

As about focusing, then probably Lumia was the first camera, where I was able to take Macro Shots even from the Auto Mode, but the huge disappointment was the color processing that I almost never succeeded to get right indoors or even in outdoors with low light. Somehow, no matter what mode/settings I am trying, I always ended with grainy images or greenish spots. So, it might be these review units alone, but white balance been something terrible for me with Nokia Lumia 800.

Even Focusing part that I praised about in first line, is terrible in the sense that somehow Camera Hardware and Software don’t know what they are doing and you get the same focused rectangular sign and even sound even if it failed to focus, like software is just deceiving the user about the focus status without any input from the hardware itself. I would call it a major fail from Camera lovers perspective.

The video part has almost the same set of settings excluding the last two, where Focus has changed into toggle between Autofocus or not and Resolution has changed into 720p or VGA. Flash settings have also changed into two options video light on or off. Also while shooting the video, you will always have the duration being shown in very big fonts, which might be annoyance for a few and might be a bliss to some. Not sure, if there is a setting to turn that off.

You may find a visual tour of settings in the above video that I taken in Nokia Lumia India Launch party.

As about Quality part, then there were very less complaints with the video mode in comparison to still mode. Even Auto Focus in Low light worked almost as good as required. Check the sample given below:

The Zoom control is obviously not mapped with Volume key here as well, but the non-continuous zoom (+,- keys) actually makes a good sense in Video shooting. Though you still can’t Zoom in between the process of taking a video but the good news is that you get full sensors\Mega Pixels upto 3X Digital zoom rather than just zooming the video (just like N86\N8). Some good tips about the Lumia 800 Camera video part can be found at @AAWP post about the same here.

If you ask me then I would totally blame the software part for making things go wrong about colors etc (not always wrong but almost half the time for me) and can safely say that its Auto settings that might seems so simple to work with but in actual doesn’t get the things right (most of the white balance issues can be eliminated by just choosing Daylight\Cloudy etc settings rather than Auto). I am not saying that one should not trust Auto settings of Nokia Lumia 800, but anyone who wants to take good pictures with quality colors, should definitely fiddle with them. We have seen with Nokia N9 that how much capable hardware part is.

Lovely part about the camera UI is the Gallery option integrated inside that actually involves the Camera Roll part only. Just like Nokia N9, in Nokia Lumia 800 or any other Windows Phone, you can always flick the screen to right to go into pics gallery snapped by the camera, zoom it, share it, auto-fix it or whatever you were used to do with the Gallery itself and then come back to camera whenever you want by flicking left side in same way. Pinch any of the pics and you get kind of film strip. Neat isn’t it.

As about sharing options, then it is somewhat like Android or Meego, I would say, more closer to MeeGo concept of sharing thing. You can share a picture or video almost instantly just after shooting the same via more (…) menu and then share. Though I am unsure of the quality part though as it seemed to be down sampling the output (sure about videos, not sure about pictures). Sad to see intentional removal of Google Services like Picasa, Youtube or even Yahoo’s Flickr in share options (even the apps who does the upload, don’t get their place in share menu of Windows Phone). 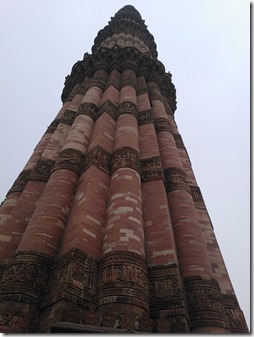 So, this is pretty much about everything on Nokia Lumia 800 Camera.

Though I will agree with @AAWP on the statement that “70% lower sensor surface area and smaller pixels mean that, even with improvements in sensors themselves (including Back Side Illumination) photos produced from any of these devices are that far further from ‘standalone’ quality” but I would also add that its majorly fault of Nokia Lumia 800 software part as we seen that what the same sensor can do with Nokia N9. Even a Windows Phone like HTC Titan does a lot better than Nokia Lumia 800 in case of stills at least.