After long wait without much awaited firmware update PR1.1, finally mid-January actually seen an update for Symbian^3 phones, though it happened to only a small Apps update 1.0 like earlier phone apps update been here. 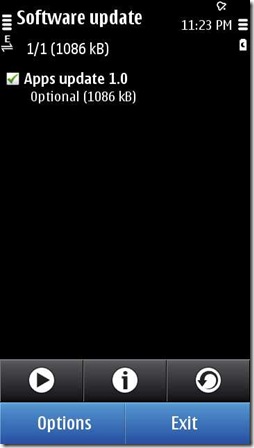 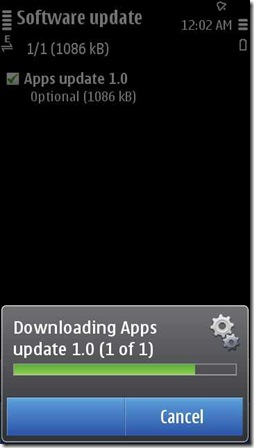 As you can see that the update is only around 1 mb and after installing, it promises the similar things as was in case of phone apps update. Improvement in applications stability.

Followings are the changes that been noticed till now:

END_OF_DOCUMENT_TOKEN_TO_BE_REPLACED

Even if every second blogger seems to be bashing over Nokia and their strategies, there is one thing that everyone seems to be curious about that what are those 50+ improvements that Nokia keeps talking about for first quarter of 2011. What are those 5 incremental planned updates throughout the year 2011 and what they gonna bring for you? Let’s try to catch some butterflies from here and there.

With that old community poll and design competition, we sure have a strong hint that what might be our MeeGo sweetheart hardware exterior design, even if one can neither be confirmed on the interiors hardware nor could be certain about the software UI part at least yet but you can’t deny that by these looks, its set to make people go crazy for sure. If Nokia could take a jump from 15 frames/second to 60 frames/second UI fresh rate while coming from Symbian^1 to Symbian^3, then sure there should be nothing that you can’t expect them to do, even if there would be some reasonable limitations of time and business logic.

END_OF_DOCUMENT_TOKEN_TO_BE_REPLACED

Look like this time I missed it otherwise it was released since November 13, 2010 of the our most essential apps VLC player just got updated to version 1.1.5 after a few months otherwise the last three updates were very quick ones. 1.1.2 got released on July 29, 2010, 1.1.3 got released on August 18, 2010 and 1.1.4 got released on August 27, 2010. So, definitely this one took quite a long. Again as they mention, this one is a bug fix release but there are some small new features added in the already long feature set of VLC Media player. 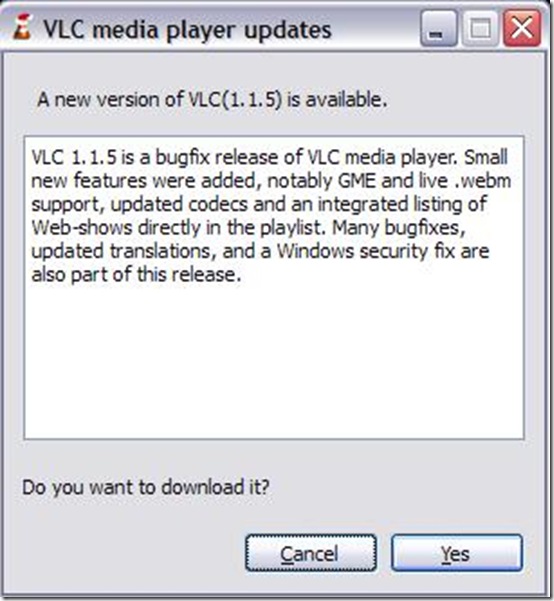 END_OF_DOCUMENT_TOKEN_TO_BE_REPLACED

Finally the looong wait ended, when tonight @janole uploaded the alpha build of gravity with polished portrait qwerty, all new facebook section, conversation style DMs and more. This was probably the longest gap between two version (last one was in start of November) and after checking out the various features, it sure seems to worth all the waiting. 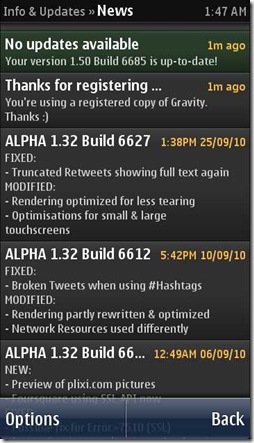 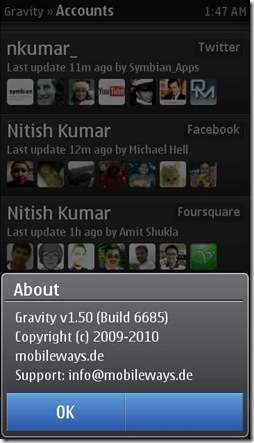 If you are not aware what gravity is (which is almost impossible for a Symbian user), then you must check my big review about Gravity. Being a fan of Gravity and @janole for sure, I was also following the development around the split screen and transparent touch keypad inside gravity, which also brings the portrait qwerty over Symbian^3.

The complete change log will come from the developer itself by tomorrow, but I am showing you what I find different in my first few mins experiences with new Gravity.

END_OF_DOCUMENT_TOKEN_TO_BE_REPLACED

No change log available yet except it says the following…

You can download it via update feature in Ovi Suit itself or from via Beta Labs link directly.

Be tuned in to know more.

Beta Labs people updated their Ovi Maps 3.06 page by last night to reflect one more minor update to Ovi Maps. Its just two weeks back, when there are the last update to bring a few visible changes and though no change log available for this particular update, it is supposed to bring stability and bug fixes, including fix for "Update" feature not appearing for some users 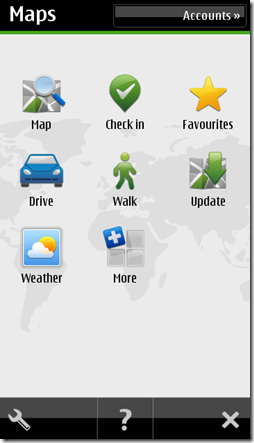 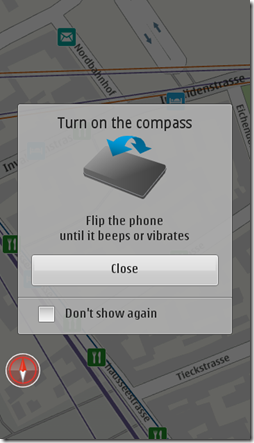 At least for my region update was not available via software updater. May be some issue. You can download the same via the beta labs directly via this link 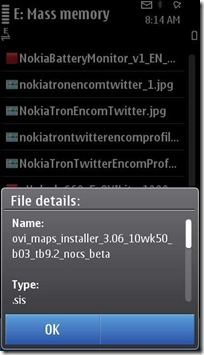 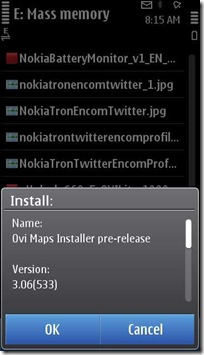 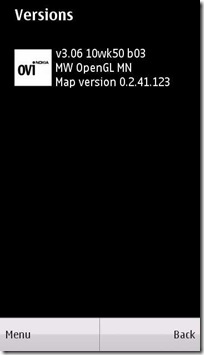 Thanks to @mobileyog for bringing this in my notice

There are still some known issues pending

Nokia Ovi people on a roll now days, while other companies and bloggers seem to not letting any stone unturned over them, they seems to be working silently and steadily over a number of projects at the same time. While we just received an update for Ovi Suit Beta few hours back, now here is another update from Nokia that is a firmware update for Nokia E52. (This one is the same one that was released on November 28, 2010)

The mentioned changes are as given below 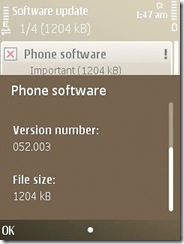 Some other changes include

Happy time for my younger brother with Nokia E52. 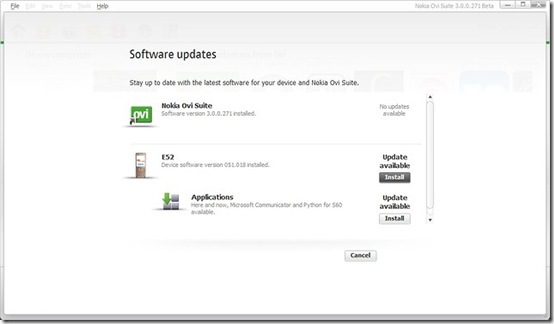 The older update been here since a while 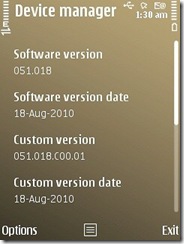 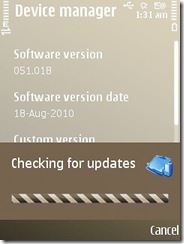 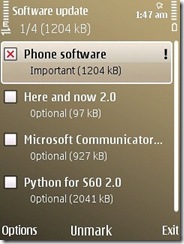 Thanks to @mobileyog for the heads and screenshots